Dutton Publishes Article on The Urban Architecture of Otto Wagner

John Dutton authors and article on Otto Wagner’s celebrated Postparkasse in Vienna, reviewing it as a building that mediates between modern and traditional, architecture and urbanism Dutton’s “Otto Wagner’s Postsparkasse: Architectural Tensions in the Early Modern City” was published in Spring of 2021 in Archives of New Traditional Architecture (ANTA). Dutton explains how Wagner created the Postsparkasse not just as a building, but as a piece of urbanism.

“The Viennese architect Otto Wagner’s Postsparkasse (built 1904–1912) was not just a culmination of his own evolution as an urban architect, but a deft engagement of the acute cultural forces of a particular time and place. The building reflects the tensions felt at the turn of the twentieth century by architects with one foot in the world of traditional architecture and another in the burgeoning world of new technologies, expanding cities, and all that implied for architectural discourse and production.” 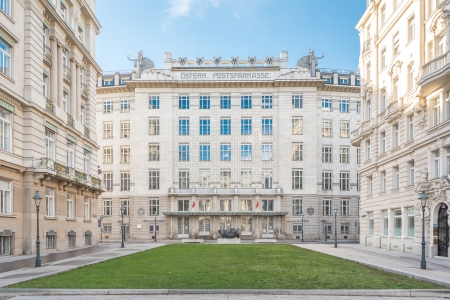